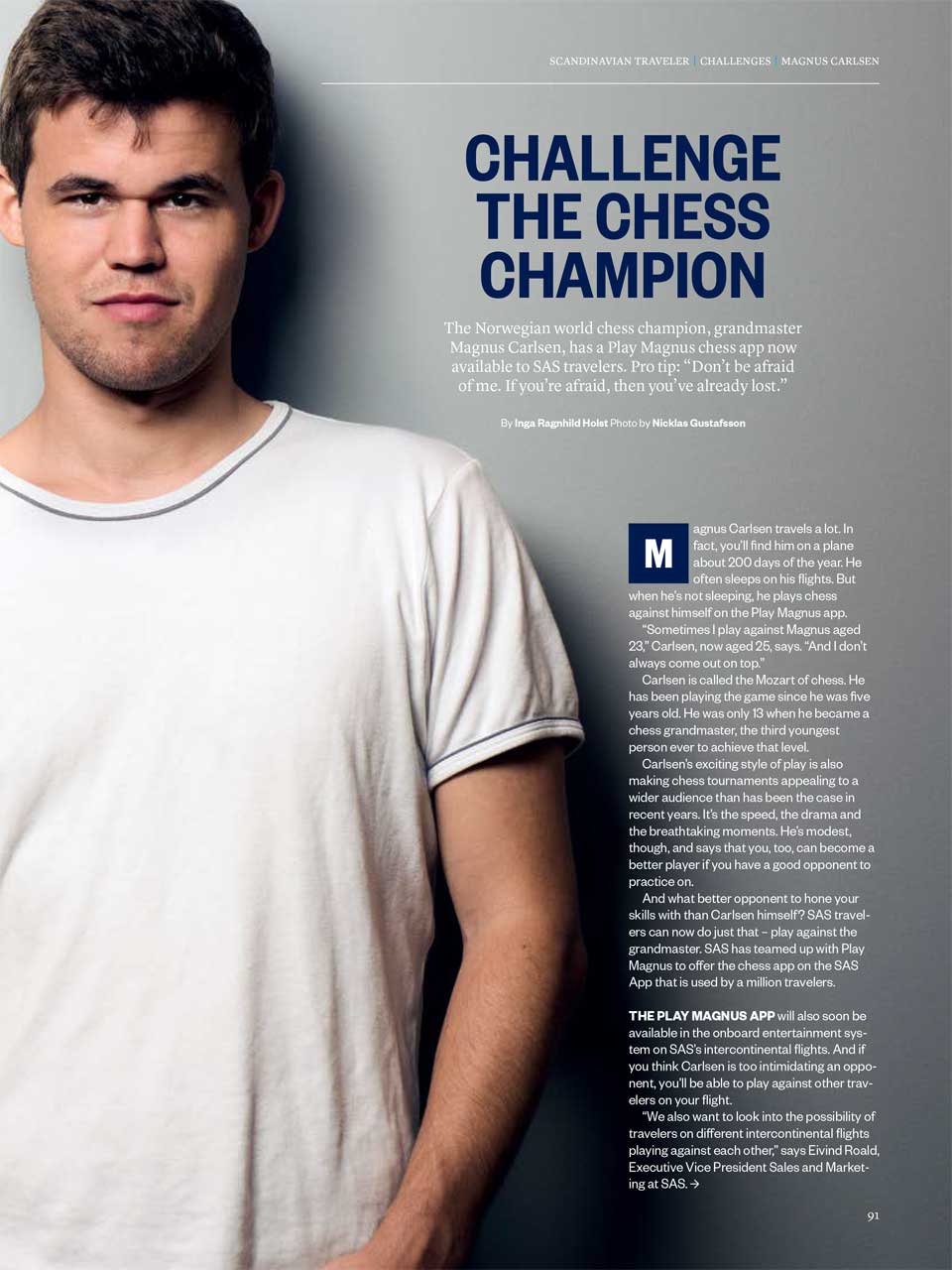 (SCANDINAVIAN TRAVELER) Don’t be afraid of me. If you’re afraid, then you’ve already lost, Magnus Carlsen says in this interview.

Magnus Carlsen is called the Mozart of chess. He has been playing the game since he was five years old. He was only 13 when he became a chess grandmaster, the third youngest person ever to achieve that level. Carlsen’s exciting style of play is also making chess tournaments appealing to a wider audience than has been the case in recent years. It’s the speed, the drama and the breathtaking moments. He’s modest, though, and says that you, too, can become a better player if you have a good opponent to practice on.

“With a few days of chess training online and some good opponents, it won’t take long for you to be good,” he says.

Read the whole story in Scandinaviantraveler.com »»